PSL Dabbled Island outlines the encounter with a moving shore country, whose story unfolds and tolds as you walk by ; a drilling through the layers of reconstructed identities that follows the successive deposals of rivers Rhône: the exploration of an outcrop of singularities weathered by the winter winds and brightened by the summer mirages. PSL Dabbled Island is an icosystem i.e a digital model that distributes the movie on different screens following internal rules of composition and a part of randomness. The sense of places crystalizes for a moment in the machine.

Born in Tours in 1960, works in Aix-en-Provence. Artist, videographer and professor at the fine arts school of Aix-en-Provence.
Following art studies, François Lejault’s developed his work towards video installations and film-making. His videos deal with the complex relations of the body with its representations and transformations. His current work explore society’s border territories, those of shamans, homeless people, psychiatric hospitals. Since 1996 he has realized numerous videos for dance and scenography for Thierry Bae’s shows. 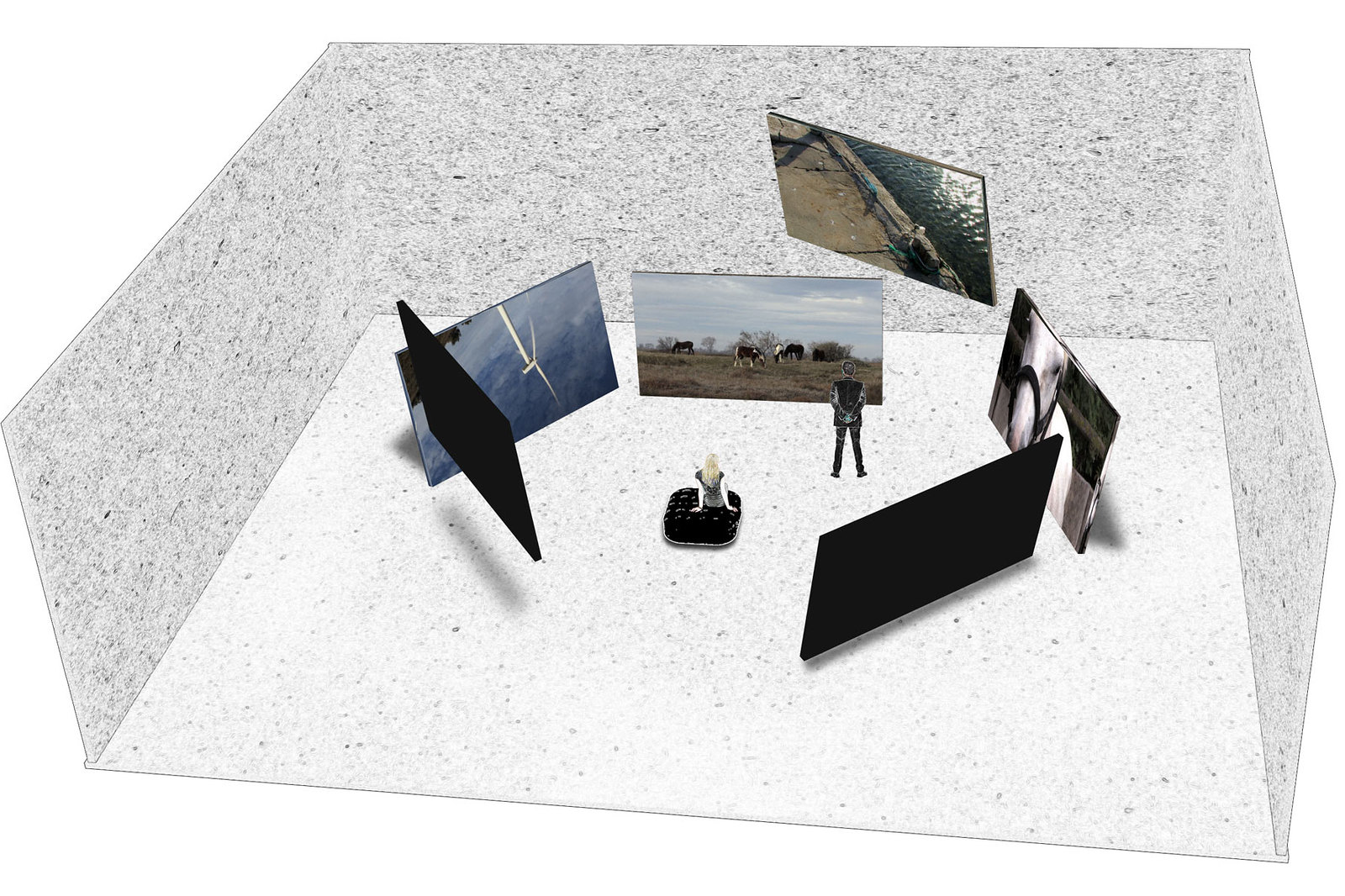