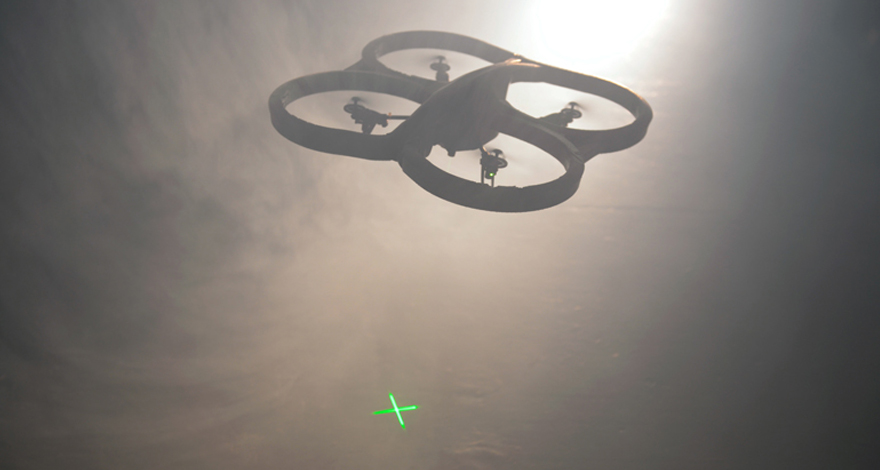 DRONE.2000 is a critical performance echoing the western taste for the drone technology, seemingly ludicrous and born of modelling and military research. The use of Unmanned Aerial Vehicles (UAV) has spread for ten years through hacking, cinema, video games and art spheres. It is highly promoted by the same societies producing them, militaro-industrial congglomerates, entertainment industry investments, as well as 20th century science-fiction fantasy.
DRONE.2000 is a performance where autonomous objects moved by simple algorithms are patrolling over the audience. Their latent and dysfunctional presence is a concrete threat. Drone.2000 takes us into a dystopian situation, thus illustrating the military origins of these entertaining objects. Here, trusting the autonomy of the machine is not only a discursive concept but a true experience shared with the audience, triggering off their reactions, tensions and commitment of their bodies in situation of symbolic and real danger. 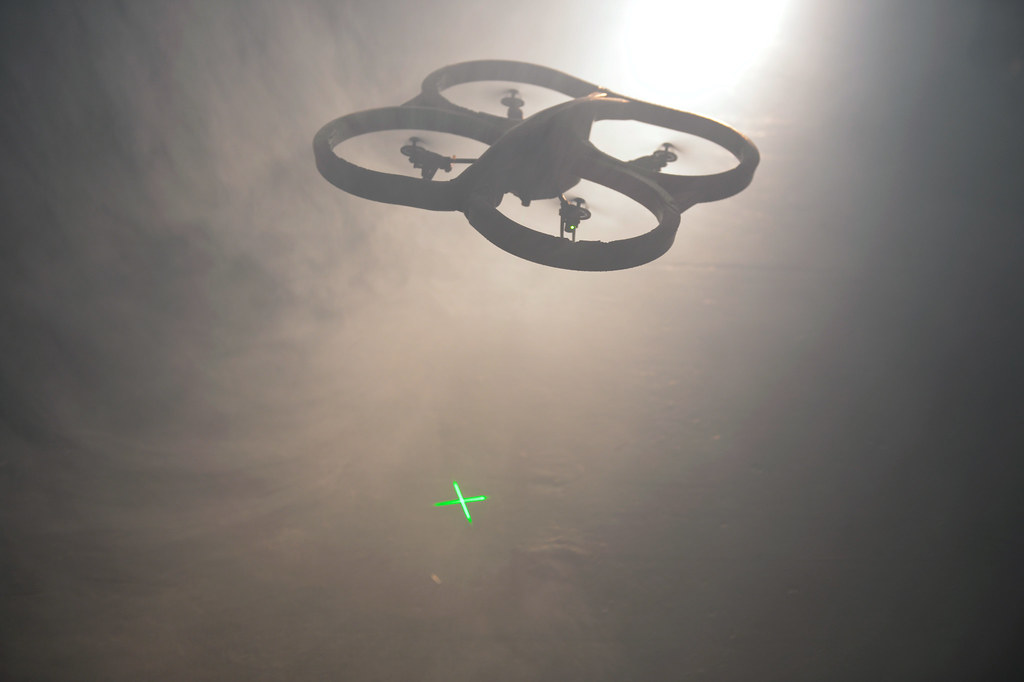