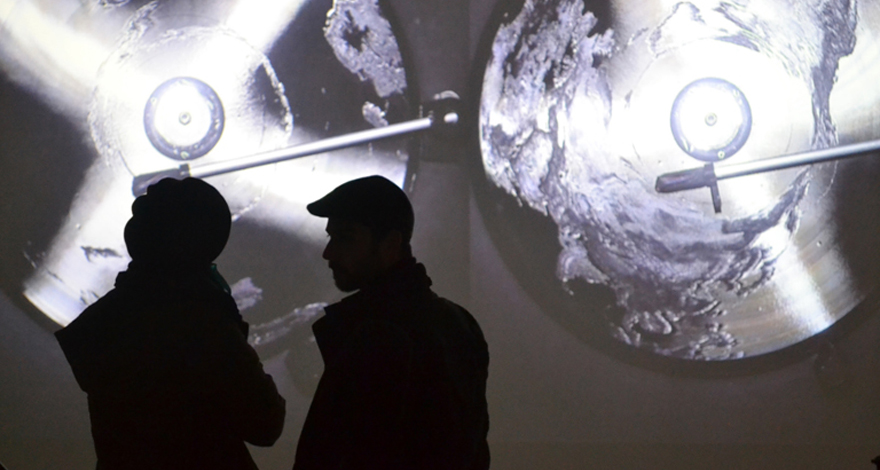 Flat Earth Society was done in the frame of a creation residency in Lab GAMERZ (2014).

Art of Failure – FLAT EARTH SOCIETY (V2)
“Can we hear the Earth? Not the sounds occurring upon it but the Earth on a geophysical scale? […] The hill-and-dale technique was used in Edison’s phonograph, recording sound with a stylus that vertically cut a minute landscape into the grooves of the cylinder. […] Flat earth society takes readings from the stylus of topographic radar, cuts them into vinyl and then plays them back with a stylus. Phonographic hills-and-dales grow into the Alps, Andes, Himalayas, Grand Canyon, Great Steppe, Great Rift Valley, Great Outback and the Lesser Antilles. Where Enrico Caruso and Nellie Melba once sang one hears the Baja Peninsula, Antarctic Peninsula, and the bathymetric pauses of the Red Sea and Baffin Bay. […] Peaks and valleys, spikes and wells, spires and troughs, aspirations and depressions, all have their
gradations in mythical and actual landscapes.” Douglas Kahn

Art of Failure
Art of Failure is a collective founded by Nicolas Maigret and Nicolas Montgermont in 2006. In their realizations, the internal characteristics of the media are revealed through their errors, dysfunctions, borderlines or failure threshold, which they develop sensory and immersive audio visual experiences. 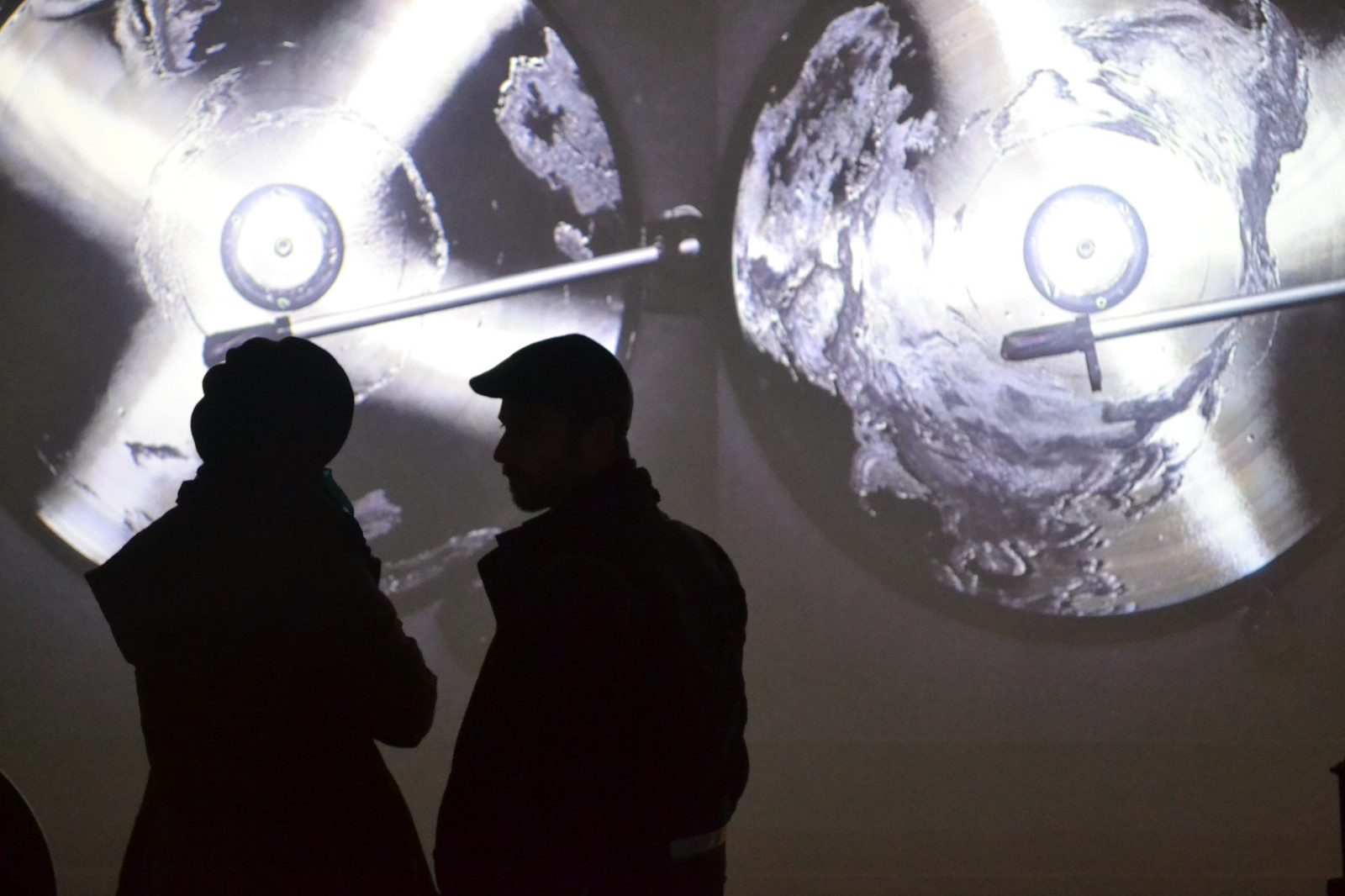