words about what you’re going to show for the Gamerz Festival?
Géraud Soulhiol: I am going to present a project called “Arena Project”. This work was done following a series of drawings called “Arena” made between 2009 and 2011, all dealing with football stadium and arenas in general. This work is a kind of dialogue between drawing and the possibility of 3D extension. I worked on modelling, and then wanted to exhibit crazy architectural projects : a series of models, but not only, also some other works and drawings realized both before and after the 3D process. A whole setting of works going from paper drawing to 3D drawing (including photomontage), with the idea to show counter architectures, to see the stadium as an object , a shape, and thus playing with constraints, extruding it and transforming in into a skycraper, thus abolishing its primary function. Playing with shapes, we come to sort of temples, overwhelming and extravagant shapes.

EC: There is one for instance that looks like a pagoda…
GS: Yes, for the first series of the arena project, I was playing with existing stadiums to which I added other types of architectures like cathedrals, factories, fortified castles .. A sort of collision of architectures presented in the middle of a blank page, like a deposed fortress in the middle of nowhere. This work is composed of three 3D models, based on real shapes. For instance, this extruded shape of pyramid that resembles a pagoda is actually the Signal Iduna Park in Dortmund, Germany, one of the biggest stadium in Europe, with its huge grandstand. I decided to turn it upside down, add grandstand, which results into this extravagant shape turning to the city.

EC: Talking about your shift from paper drawing to 3D, did you choose specific softwares like architecture, design or drawing softwares? Did it impose particular constraints?
GS: Basically I wanted to work only with very simple , opensource softwares like Google Sketchup That’s what I did until we had to use more specific softwares like 3DS max or Blender, in order to work on hologram animations, and also when we needed to print models on Makerbot. I had to deal indeed with new constraints right from the beginning : with this idea of drawing, there is no layering of textures on my models, no way to fake it, you’re really in front of closed shapes that require precision, detail, as if working on a miniature. Playing with scales, you can catch the observer into those new bits of territories. This is something I like.

EC: What is your feeling about working with holographic technology?
GS: What I like about holograms is the feeling you get of a moving model, that of entering the virtual projection of a totally crazy object that seems feasible. In the same way, what I like about stereolithography is to build a model from 3D. What I found funny was working with lines : the machine prints the lines before turning them in 3D, which reminds the process of drawing and expresses the fragility of the line. Because my work is based on playing I also wanted to go through various technologies and explore new media, in order to open new paths.

EC: What is the next step? Are you interested in other types of monumental architectures?
GS: I am getting more more interested in the idea of map territory. I am developing a work based on collecting from Google Earth, exactly like “Stadium Territory” presented in the frame of the “Arena Project”. Collecting is of great importance in my work, my approach being at the same time artistic , poetic and also humoristic. I like Roller coasters, luna-parks, cities like Las Vegas, Dubaï, Abu-Dhabi. Replicas as well, replicas of monuments like the Eiffel tower for instance, or miniature parks, again with the idea of the model. And more generally , monumental architectures made to host the public and in which you can project yourself. 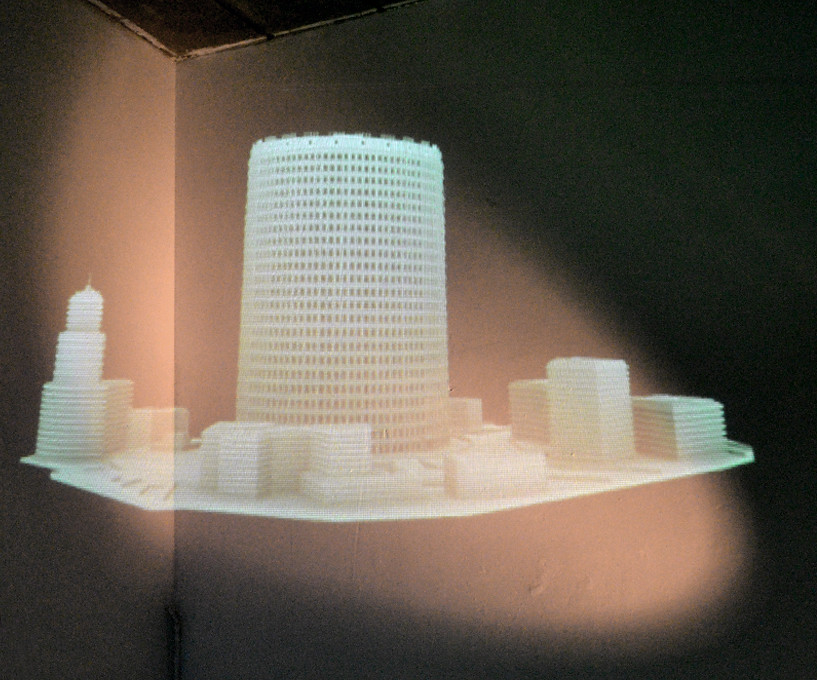