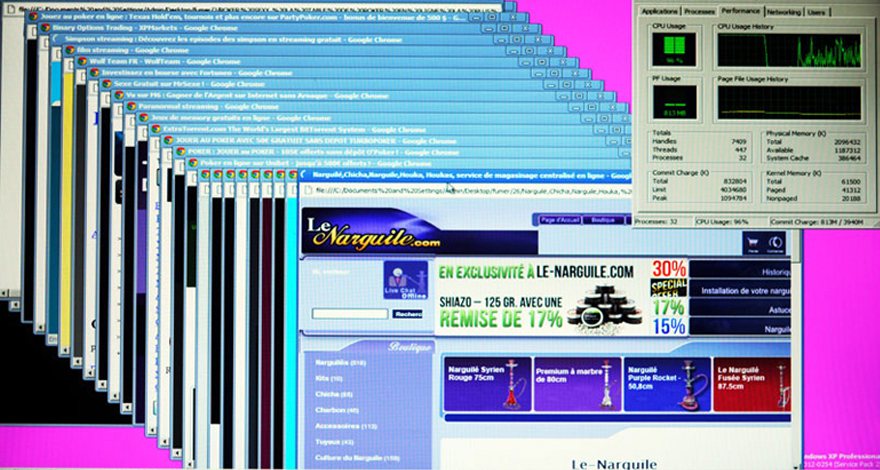 The project « My computer just started to smoke », was done in the frame of a residence at the Lab in 2012. It was presented at the Gamerz festival 09 and at the Fête des 01, organized by Labomedia in Orléans (France) in 2013 .

“Totally worn down by viruses, my poor PC has got his CPU and GPU completely warmed up. Infected by pop ups and trojans caught on the net, my computer broke down and physically turned to a nicotine addict. We thus offered him a hookah.”
Following a sort of computer animism philosophy, the two artists of the Dardex Collective picture the bodily reactions of their computer. The installation shows a computer transformed into a hoover: it inhales smoke from a hookah, following the temperature variations of its processors.
The computer runs “his” own dedicated software that explores the mercantile universe of the web only made of pop ups. A insight into the virtual world, between freedom and constraints. 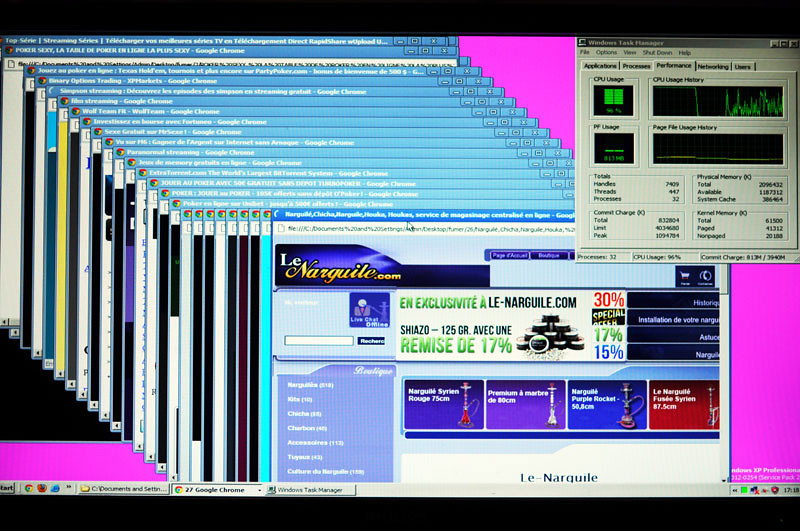